The team have the following fixtures:

Thursday 31st March Vs Lowdham (Away)

The School Football Team kicked off their season with the annual 7-a-side tournament at Stanhope on Tuesday 29th September. The team played 3 games, winning 1 and drawing the other 2. Unfortunately this wasn't enough to seem the team progress through into the semi finals.

The team travelled away for their first game of the season to Lady Bay Primary School. The game was a county cup game so extra time and penalities would be needed if the game ended in a draw. Arnold Mill got off to a great start and within 5 minutes Ollie Sloan had scored a volley to open the scoring. He quickly doubled the lead and the game was looking to be in our hands. Unfortunately the other, to their credit, never panicked and continued to play their game. They scored 2 goals prior to half time to equalise the score. The opposition had most of the ball in the second half and they clinched a 3-2 win with a goal about 5minutes from time.

The team played very well and although they were disappointed to lose they can hold their heads high after a strong performance.

The school team kicked off their league campaign with a home game against Priory Juniors. The game started excellently for us and we nearly opened the scoring after only 2 minutes. The game settled after a frantic  start and the half finished without any goals. The second half provided AMPS with the majority of possession and we created a few great chances, unfortunately none of them were converted and the game finished 0-0.

There were lots of positives from the game and they will head into the next game confident of victory.

The team hosted Stanhope in their 2nd league game of the season. We were on the back foot for the first 10 minutes but after that AMPS found their rhythm and played some excellent football. George Berry scored a brilliant volley to give us the lead but this was soon cancelled out by a close range header from the opposition. The half finished 1-1. The second half saw AMPS dominate the game but unfortunately they couldn't convert any of their chances and the game finished as a 1-1 draw.

On Wednesday 20th January the school team travelled to The Trent University to take part in the regional district 5-a-side competition.

The team player 4 games, winning 1 and losing the other 3. The competition was fairly even with the majority of games finishing very close, the team will need to work on their physical game and their ability to be clinical in front of goal.

It was a good experience for the team and we hope the players enjoyed the evening. 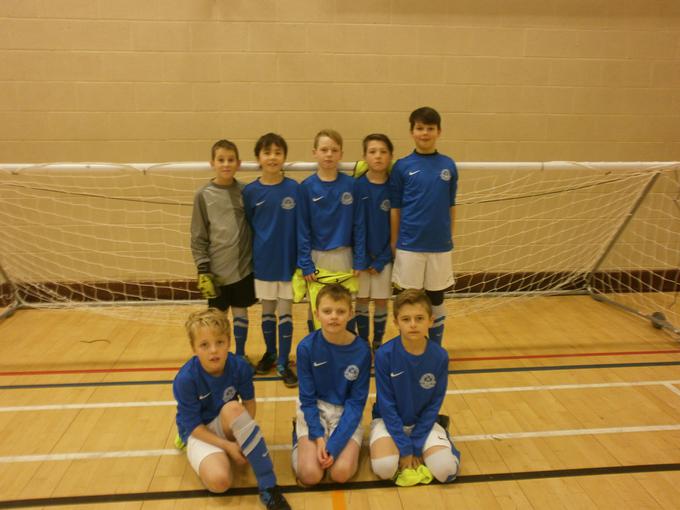